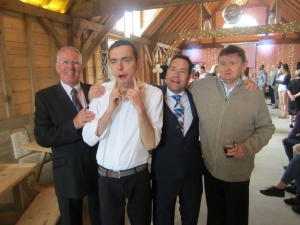 Our Spring Ball was in full swing on Wednesday night, as we welcomed the West Sussex learning disabilities community to the Yoghurt Rooms in East Grinstead.

The night kicked off with red carpet walks from all of the guests, who were dressed in some seriously impressive attire. ‘Paparazzi’ had gathered to take snaps of the residents after they’d made their grand entrance.

After a short intro from our Director, Tom Seaman, the party started with the DJ playing some favourites and a selection of tasty BBQ food.

This was followed by an awards presentation for residents from our two homes, Cabot House and Bainbridge Court.

After the Mayor of East Grinstead had begun the ceremony with a short speech, both he and the Mayoress  handed the winners their trophies and certificates. The residents were overjoyed at winning and everyone loved the short success stories that Tom gave about each of them.

During his speech, the Mayor revealed that he had actually been on the planning committee for our new 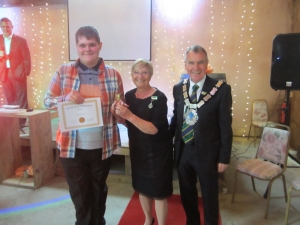 service, Magellan House – which will be opening in East Grinstead in the coming months – and that he’d be thrilled if he could come and visit the service once it was up and running as this was an opportunity he was rarely given. Our new manger, Hayley Wilkins, who will take charge of the home once it opens, was in the audience nodding in agreement with the Mayor’s request.

Music and dancing then took a hold of the evening, with guests throwing some seriously good shapes on the dance floor.

Tom commented: “I think the night was a great success with a good turnout. We had overwhelming support from Aafke and the team at the Yoghurt Rooms as well as the parents of our residents and care support workers. We couldn’t have done it without them so we want to thank them all for helping to make it such a special night.”