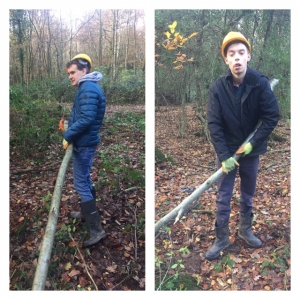 Of the many service users we care and support at Pathway Healthcare, we’d like to provide a special mention to two

Thanks to the home’s manager, Tendai, and his brilliant team, the pair have completed some rather outstanding work in the local community with Horsham Green Gym – an independent volunteer nature conservation group run by its members and supported by Horsham District Council.

For over two years now, Matthew and Patrick, who both have severe learning disabilities, have been volunteering at Horsham Green Gym with unwavering dedication and outstanding commitment to each project they become involved with. Come rain or shine, Patrick and Matthew are always keen to get out there and do their bit for the community, with fantastic support from the home’s staff and the Green Gym team.

Tasks at the Green Gym involve taking on improvement work around Horsham and the surrounding areas. For instance the boys have had a hand in clearing streams, making bird boxes and clearing pathways.

Such projects have enabled the pair to get out into the fresh air, perform worthwhile and fulfilling work, while at the same time helping them make new friends and exercise.

Of the many projects the pair have worked on, the one that has really meant something to them took place at the Leechpool Woods Nature Reserve. The paths around the reserve had been affected by bad weather and eroded by water. Patrick and Matthew helped clear the paths and managed to help drain the water away, opening the walkway once again to visitors. True community spirit.

Volunteering at Horsham Green Gym has positively impacted Matthew and Patrick’s lives. By regularly exercising through lifting, clearing and walking, both of them now have increased muscle strength. In terms of their personal development, they have also gained a greater sense of independence and fulfillment from the work.

Matthew has seen the most dramatic of improvements. Prior to his involvement with Horsham Green Gym he never used to converse with peers or people in general. However, after joining the initiative he has become more open to people around him and the constant interaction and team work has helped him overcome his shyness. He now actively engages with other people more often. Volunteering also gives him something to look forward to, and he – as well as Patrick – is determined to attend each session come rain or shine, thunder or lightening.

The importance of volunteer initiatives

Project such as Horsham Green Gym give volunteers with learning disabilities like Matthew and Patrick an identity in the community and provide ample room for personal growth.

Tendai and his team’s brilliant work in partnering with Horsham Green Gym and getting his service users out there into the community should not be overlooked, either.

We couldn’t be happier with their progress and look forward to hearing more of their work. 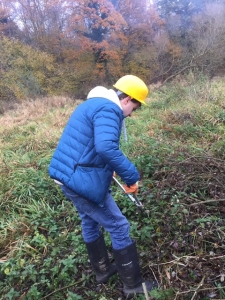 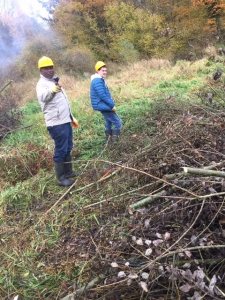